A recent decision from the United States District Court for the District of New Jersey may throw a new wrinkle into the already complex settlement process under the Comprehensive Environmental Response, Compensation, and Liability Act (CERCLA). Specifically, the decision addresses the question of what claims are included in the “matters addressed” in a settlement and entitled to contribution protection.

On July 23, 2018, in N.J. Dep’t of Envtl. Prot. v. Am. Thermoplastics Corp, et al., Judge William H. Walls granted summary judgment in favor of the third-party defendants Carter Day Industries, Inc. (CDI), Combe Fill Corporation (CFC), and Combustion Equipment Associates, Inc. (“CEA”) (collectively, “Carter Day Parties”). Judge Walls held that the Carter Day Parties are entitled to contribution protection from claims for CERCLA costs incurred by the United States Environmental Protection Agency (USEPA) based on a settlement agreement between the Carter Day Parties and the State of New Jersey, notwithstanding that USEPA was not a party to the settlement. In following, the five-count first amended complaint of the third-party plaintiffs’ Compaction Systems Corporation of Connecticut, Inc. and Compaction Systems Corporation of New Jersey (together, “Compaction”) was dismissed with prejudice.

In the opinion, the court applied the analysis adopted by the federal courts to determine whether a contribution action is for the same “matters addressed” by a prior settlement, which is, logically, “to consider whether the subject matter of the settlement and the contribution action are the same.” Where an agreement does not contain an explicit statement of the “matters” it covers, a reviewing court will first look to the text of the agreement to interpret the scope of the matters addressed. A court will also consider certain factors such as the location, time frame, hazardous substances and specific cleanup costs the agreement covers.

The Court determined that “matters addressed” in the NJDEP settlement agreement were the same as those underlying USEPA’s claims because they both involved the remediation of the same environmental damage at the same site. The Court acknowledged that the Carter-Day parties had not settled with the USEPA, but held that its original decision was correct in that the “matters addressed” encompassed both the state’s and USEPA’s claims because they arose from the same site. The decision does not address the fact that frequently both a state and USEPA incur costs of remediation at a site and such costs are not duplicative of one another. Normally, each sovereign has rights to its own costs and cannot settle the claims of another sovereign without authority.

The decision is likely to be appealed. 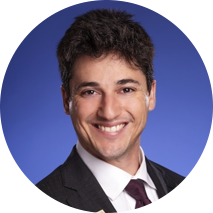